HOME
EVENTS & SHOWS
ENROL NOW
COLLABORATION
PRESS
OUR TEAM
ABOUT US
中
ENG
COLLABORATION
Art Mentor is committed to promoting musical. And we believe every kid is gifted with the ability to experience the joy and beauty of music, body movement, and expressing oneself. Therefore, we collaborate with schools and organizations to customize music & musical courses and music creation for school graduation ceremony performances, annual performances and/or public performances.
OUR PROJECTS 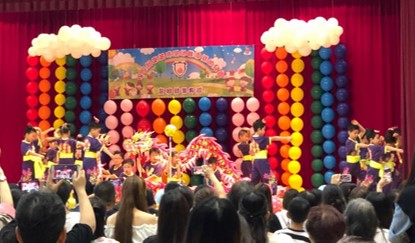 Art Mentor collaborated with Po Leung Kuk Tse Wong Pui Kuen Kindergarten-Cum-Nursery to give training for performing dancing, drama and singing. Our first song was written for this show.

Lok is going to graduate from kindergarten today. Many of his classmates are very much looking forward to becoming a primary school student, meeting new friends and learning new knowledges. However, Lok is unhappy because he feels that he is useless and afraid of making no friend.

His classmates comfort Lok and suggest him to participate in their activities to develop his interests and make friends. After learning the beauty of Chinese dance, the vitality of the dancers, the sensitivity of the rope skipping, and the rhythm of the jazz dance, Lok likes these activities very much. He even finds out that he likes music and wants to express his emotions through singing.

At last, Lok and his classmates continue to develop their own interests and dare to dream. 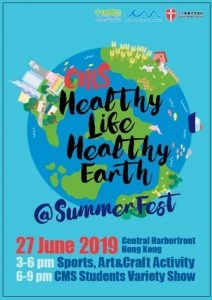 Produced Broadway-styled musical “The Wish”,
to raise public green sense and protect the environment together.

Like many kids, Peter wants to be a superhero. On his 10th birthday, with his parents and friends, his giant birthday cake presents him with the opportunity to make a special wish – to be a 13-year-old teenager. He wishes so hard that he found himself in the Earth 1300 years later after his wish is granted- a world that is dying in 3 days.

A magical creature- with the look of a unicorn appears and tells him that he should save the Earth so that his wish can comes true. The Earth is severely polluted for years and there is just one way to save it:

Peter must collect three subjects of the elements – Water, Earth and Air – in order to save the Earth. Without any option, Peter and his friends start their journey in the mystical world.

Overcoming lots of obstacles and facing the dark force, Peter and his friends have finally succeeded saving the Earth. More importantly, they learn a lesson of HOPE, FAITH and LOVE. Peter also decided to sacrifice his wish for a better good. Finally, they return to their original world, this time making the effort to protect the precious world together.